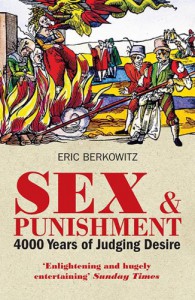 In March 1320, eleven-year-old Joan Seler was playing outside her father's house in central London when she was grabbed by a passing French merchant. The assailant dragged her back to his place, where, according to trial testimony, he

raised the clothes of the same Joan…to her navel, she being clothed in a blue coat and a shift of light cloth and feloniously…with both his hands separated the legs and thighs of this same Joan, and with his right hand took his male organ of such and such a length and size and put it into the secret parts of the same Joan, and bruised her watershed and laid her open so that she was bleeding, and ravished her maidenhead, against the peace of our lord the King.

To say nothing of the peace of eleven-year-old Joan Seler. She reported the rape to officials and her father straight away, and eight months of legal skirmishing followed. But the case was eventually thrown out on technicalities: she had filed suit after the forty-day time limit, and she got confused over what day of the week the assault had taken place. Whereupon, the French merchant countersued his victim and her family for conspiracy. ‘The record ends with Joan's father being arrested.’

So ends a fairly typical example of the ‘justice’ on show in Eric Berkowitz's tabloidy but fascinating history of how legal systems have tried to regulate sexual behaviour, which starts with the Code of Hammurabi and works its way chronologically through to the trials of Oscar Wilde.

Because the book is built around court cases, there are always winners and losers. The biggest losers were women, who got an almost universally shitty deal from every society ever from the start of recorded history up to within living memory. Women in ancient societies were owned by men, first their fathers and then their husbands – and if they didn't have a husband (let's say he died), then many societies would assign the woman a guardian to own her on behalf of the state. Rome's Oppian Law, for instance, prevented women from wearing expensive clothes, travelling in a carriage, or owning more than half an ounce of gold; when the Senate debated repealing it, Cato, like the early men's-rights activist he was, foresaw terrible consequences: ‘From the moment they become your equals, they will become your masters.’

Rape in this context, of course, was not really a sex crime but rather a crime against property. Women could lose out even with a guilty verdict – like in Assyria, where rapists were punished by proxy: their wives were given up to be raped in turn by the original victim's husband and father.

As always, the Middle Ages have the best stories. Europe's crazy mixture of Classical law-codes and Biblical morals led to a whole patchwork of sexual transgressions that were fitted into a baffling sliding scale of sin.

Which is just as well, because if I was a woman in the Middle Ages, I would have been in a state of homicidal fury 24/7.

Then again, in other kinds of sexual litigation, courts often turned to the expert testimony of what I can only describe as ‘forensic prostitutes’. In one mediaeval divorce case that centred on a man's supposed impotence, the court set a team of girls loose on the husband to test his physical reactions. Sure enough, one reported back that she ‘exposed her naked breasts, and…rubbed the penis and testicles of the said John…the whole time aforesaid the said penis was scarcely three inches long…remaining without any increase or decrease.’ Even more amazing is a case from Venice, where one Nicolò was accused of impotence and ‘arranged a public inspection by prostitutes to prove his virility’:

He took a scribe, his boss, and a priest to a brothel, where he hired two women. Soon after he started in with one of the women, he called the priest over. The priest testified that Nicolò had placed the clergyman's hand on his erect penis, bragging: ‘Look here, I am a man, even though some say I cannot get it up.’ Nicolò then had intercourse with the prostitute on a bench while the witnesses watched, after which he smeared his ejaculate on the hands of the scribe.

We're a long way from Rumpole of the Bailey.

Unfortunately, although the anecdotal value of Sex and Punishment is high, the book gets off to a poor start and it has several methodological and stylistic problems.

My main concern boils down to the fact that Eric Berkowitz is a lawyer and journalist, not a historian: the writing style is a shade too casual for my liking and too few of his facts are supported with footnotes. This is particularly annoying in the early chapters covering Ancient Greece and the Near East, where for example Herodotus is taken as a reliable source on temple prostitution – hmm – and where Berkowitz makes several unsupported statements that just seem like complete speculation: ‘Before the Biblical period, sex law had nothing to do with morality as we know it’; ‘It was not until about 9000 BC […] that the link between sexual intercourse and pregnancy was confirmed’ – how do you know?

His prose style goes for easy readability, but it too often just seems unserious. Describing Christianity as ‘a small, gay-bashing Near Eastern religion’, or Greek symposia as ‘whore-greased dinner parties’, is a mistake and it rapidly eroded my faith in the author. Similarly, while historians have learned to be cautious of drawing modern analogies, Berkowitz thinks nothing of making extremely clumsy comparisons such as the following:

Far from barring homosexuality in the military, as the United States famously did in 1942, or embracing a ‘Don't Ask, Don't Tell’ policy as it did fifty-one years later, Greek societies saw no incompatibility between male-male love and military discipline.

Because in other respects Classical Greece and twentieth-century America are identical? It gets even worse a few pages later, when he summarises Pericles' appearance in court to defend a favourite courtesan, Aspasia, before suggesting: ‘Think of Bill Clinton's conduct…’

Overall it compares unfavorably with Faramerz Dabhoiwala's [b:The Origins of Sex|13353151|The Origins of Sex A History of the First Sexual Revolution|Faramerz Dabhoiwala|http://d202m5krfqbpi5.cloudfront.net/books/1347726330s/13353151.jpg|18578533], which came out the same year, although the focus is very different. Luckily, things do start to improve fairly steadily as the reliability of Berkowitz's source material increases, and by the end he has made a good case that ‘Neither the law nor religion ever seems to have lasting changes on what people do in bed.’ Sexual practices remain the same; the only difference is whether society punishes you for them or not.

The things lawmakers have worried about have never been constant – adulterous women used to be the big thing, then homosexuality, now paedophilia – and they continue to shift. One ends the book with a renewed sense of how arbitrary our current laws are, especially in matters that already differ widely by region, such as the age of consent – 14 in Germany, 16 in Britain, 18 in California. However, with the possible exception of some recent activity in parts of the US, it does seem that Western legislation has been moving in the right direction – by which I mean away from protecting the ruling classes and towards protecting the most vulnerable.

A lot of this must be to do with changing psychological issues around sex – many of which still seem pretty obvious. ‘When lawmakers view sex as bad,’ Berkowitz observes, in what could be a one-line summary of the whole book, ‘they write bad sex laws.’